Shower doors come in various styles and are perfect for use in conjunction with our waterproof wall panelling to form a shower cubicle.

The most common form of door is the pivot door. These are available in two basic design: one with a frame around the glass and another that is frameless.

The frame around the glass is where the pivots are mounted mounted, top and bottom. Unlike a hinged door where the hinges are positioned on the edge of the glass these are slightly further inboard resulting in a slightly narrower access but also means there is less protrusion into the room when the door is opened which might prove beneficial if there is an item such as a wash hand basin that is located close by and could obstruct the opening.

The door pivots within a frame which is attached to the wall together with one or more wall posts. These allow adjustment for out-of-true walls. Frame colour are usually white or polished silver (gold effect frames are now harder to source as gold effect taps and fittings have declined in popularity).

The shower mixer valve has been fitted to this wall and all of the pipework has been hidden inside this false wall providing a much neater appearance than would be the case if the pipes were run on the surface.

Shower Doors For An Alcove, Corner Or Flat Wall

There are three different ways of utilising a shower door depending on which type of cubicle you are fitting: 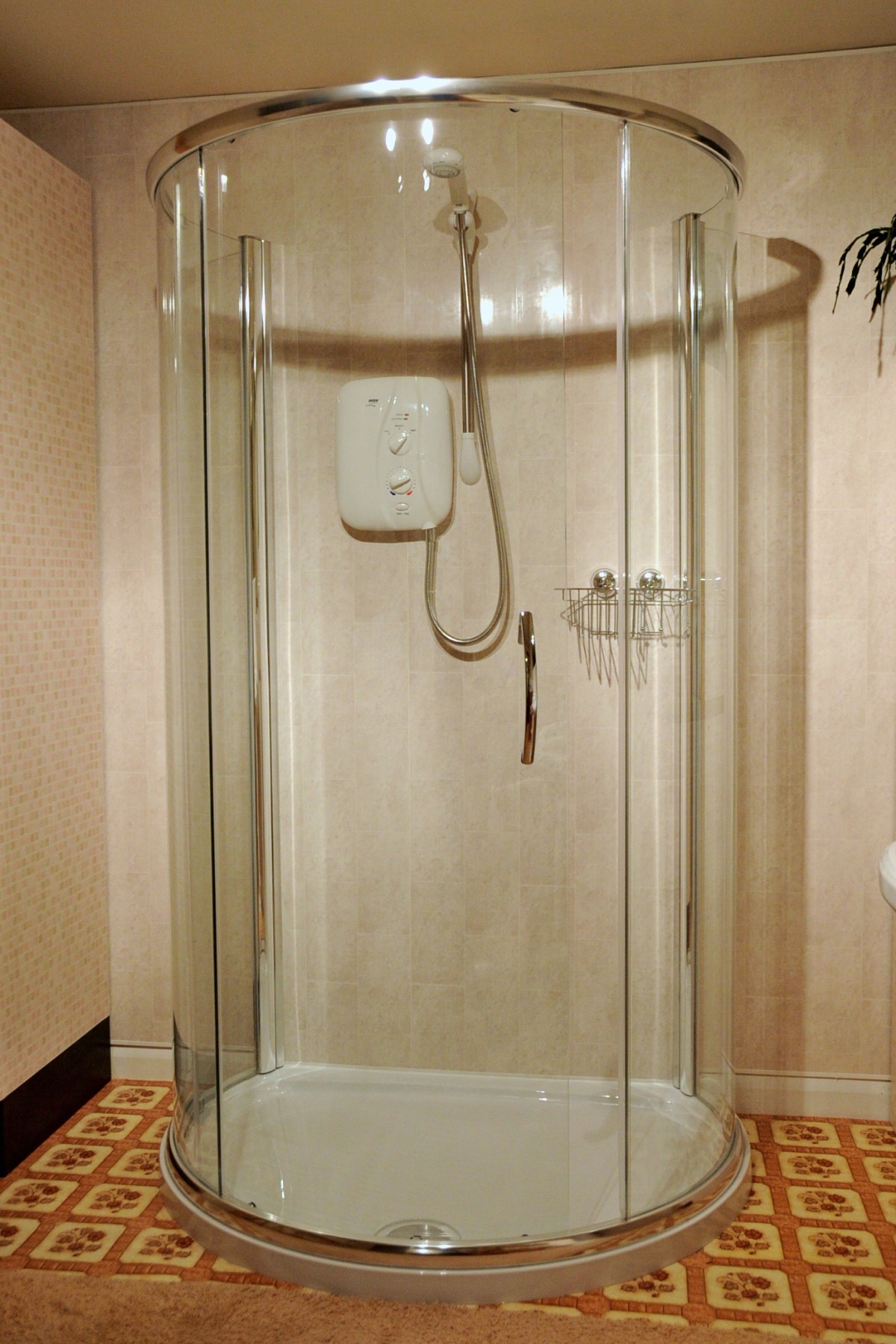 With walls on three sides it is important to ensure that there is plenty of light nearby. This installation has two spotlights located in front of the unit. You need to ensure that the lights you choose are suitable for use in bathrooms as they are covered  by separate regulations.

If the shower cubicle is to be fitted in the corner of the room then a glass side panel is used in conjunction with shower doors. These are sometimes sold as a set complete with a shower tray and can prove to be a very cheap option.

There are not as many cubicles designed for use on flat walls but they are available. These are ideal for use in larger rooms as you need plenty of space to justify taking up a wall rather than tucking it away in the corner.

Back to shower cubicle gallery